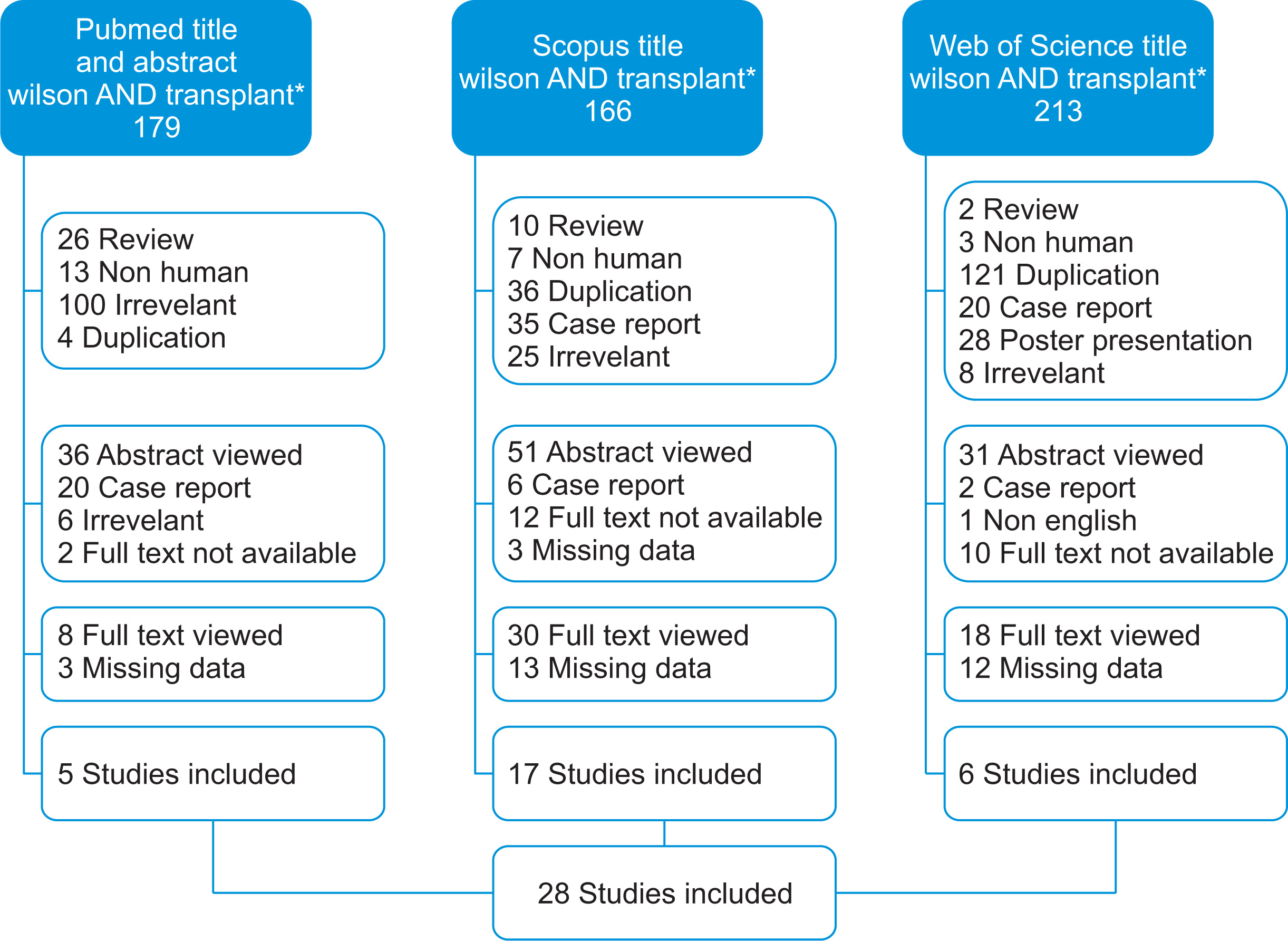 Wilson’s disease (WD) is a rare genetic disorder affecting the metabolism of copper that may present with neurological symptoms. In cases leading to hepatic failure, liver transplantation (LT) may be necessary. The aim of this paper is to examine the literature on LT cases related to WD in terms of disease characteristics, the neurological conditions of patients and survival rates. The keywords “Wilson and transplant*” were used to perform a title and abstract search across three databases...

The severe acute respiratory syndrome coronavirus 2 disease 2019 (COVID-19) pandemic has an impact on all facets of our health care system, including life-saving procedures. The COVID-19 in 2020 has a substantial impact on the transplant community. This study aimed to assess the impact of COVID-19 on the number of deceased donors and organ transplantation in Western countries by analyzing literature review. In Spain, the COVID-19 pandemic has posed significant challenges to the Spanish donation ... 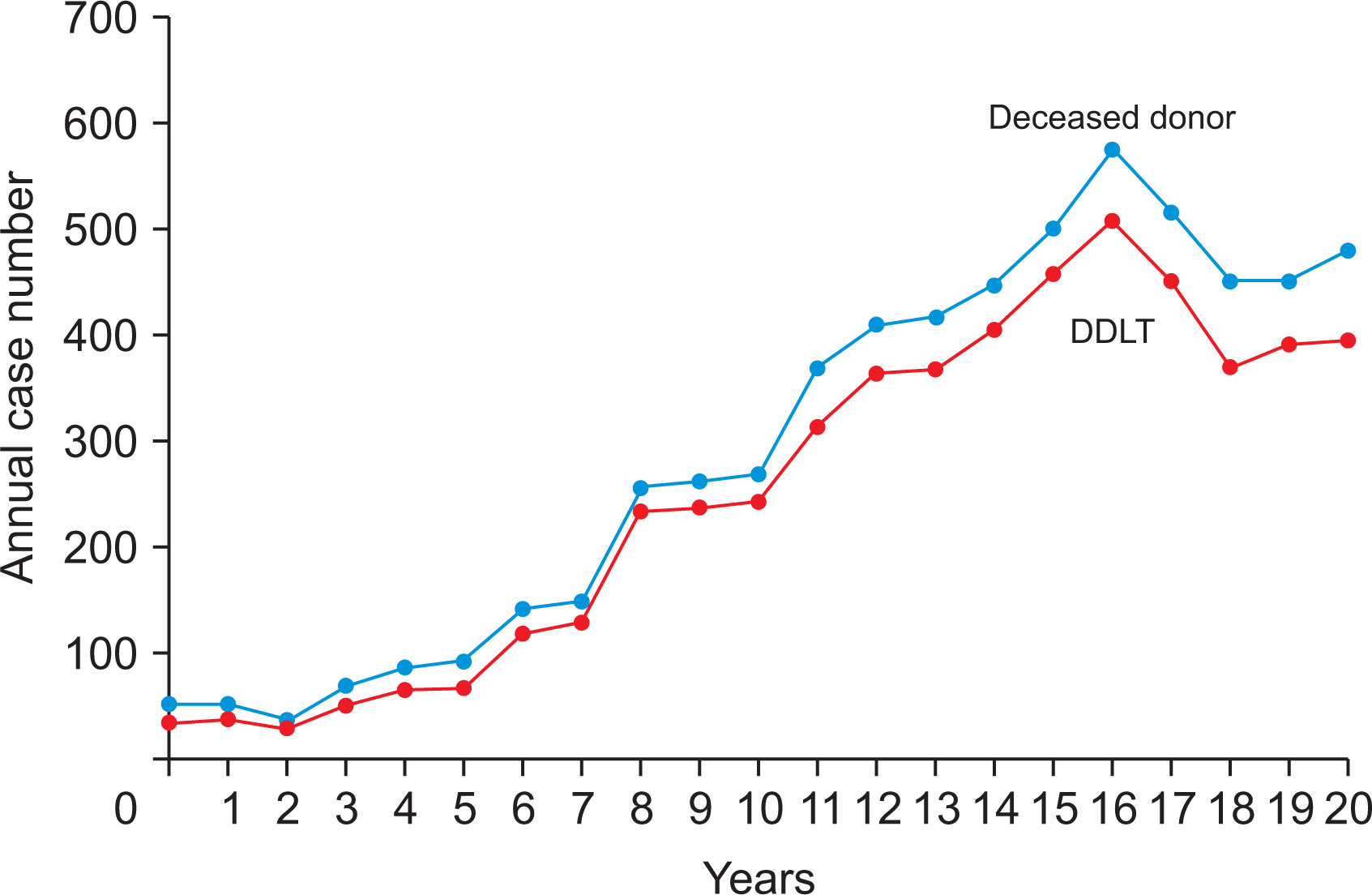 Background: Recent outbreak of Coronavirus disease 2019 (COVID-19) has discouraged organ donation. To determine its impact on liver transplantation (LT) at Korean transplant centers, it is necessary to analyze the incidence and type of LT in each center. Methods: The number of deceased donor LT (DDLT) and living donor LT (LDLT) operations performed during the year 2020 were analyzed using the Korean Network for Organ Sharing (KONOS) database. Results: During the 21-year period from 2000 to 2020,... 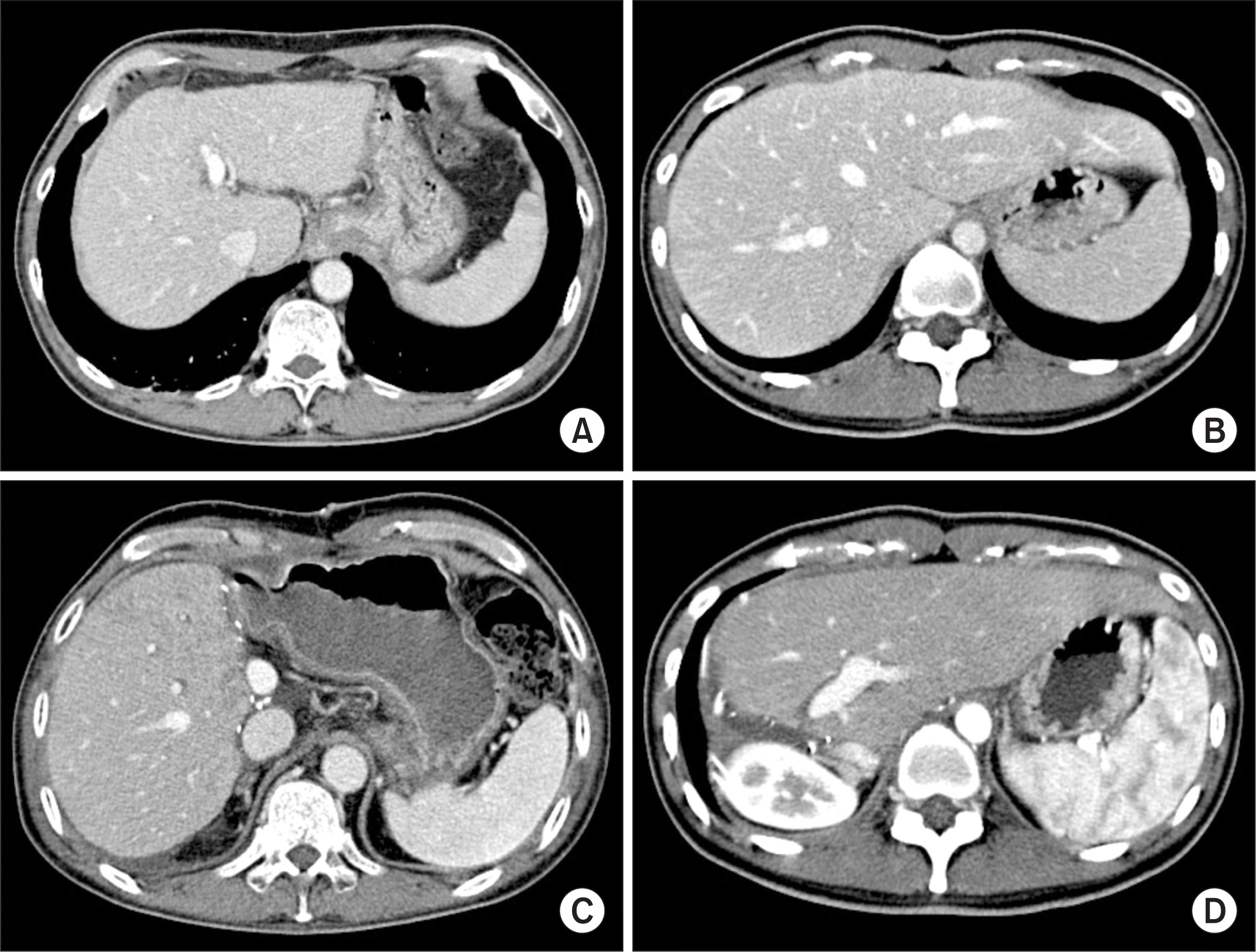 For living donors, the second most important concern after the donor safety is the cosmetic aspect of abdominal incision. The present study aimed to present the technical details of minimal-incision laparotomy (MIL) in a case of living donor right hepatectomy with an eight minutes video clip. The recipient was a 57-year-old patient with alcoholic liver cirrhosis and the donor was his 28-year-old daughter of the recipient. The epigastrium area was narrow and the subcostal cartilages were elongate... 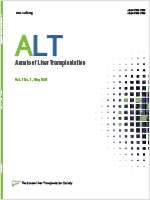 The technique of tadpole anastomosis for portal vein reconstruction using vein homograft interposition. (A) Illustration of the technique to achieve optimal combination of the recipient portal vein stump and vein homograft end. A longitudinal slit at the vein homograft is automatically widely opened by suture-induced tension and portal vein blood pressure. (B) An operative field photograph is taken after portal reperfusion. An arrow indicates the anastomosis line. The longitudinal axis of the interposed vein homograft is marked to facilitate anastomosis without twisting. (C) Follow-up computed tomography scan taken at 1 week after transplantation shows smooth stenosis-free transition from the recipient-side superior mesenteric vein-splenic vein confluence to the interposed vein homograft (arrow).|@|~(^,^)~|@|The technique of side-to-side unification of the portal vein in infant-to-infant whole liver transplantation. (A) Illustration of the technique: a deep longitudinal incision is made at the 6 o’clock direction of the graft portal vein (PV) and the 12 o’clock direction of the recipient PV. Running sutures are then used to unify these two PVs. This technique creates an enlarged conduit from the superior mesenteric vein–splenic vein confluence to the hilar PV confluence. (B) An operative field photograph is taken after portal reperfusion, in which PV anastomosis appears to be enlarged (arrow). (C) Follow-up computed tomography scan taken at 1 year after transplantation shows normal configuration of the PV system. Arrow indicates the site of PV anastomosis.|@|~(^,^)~|@|The technique of branch patch venoplasty in pediatric recipients. (A) Two first-order portal vein (PV) branches are transected and their central line is incised to make long PV branch patches. The branch patch can be anastomosed to the graft PV directly or after making a funnel through unification venoplasty. (B) An operative field photograph is taken after portal reperfusion, in which the PV anastomosis site is smoothly expanded (arrow). (C) Follow-up computed tomography scan taken at 4 days after transplantation shows a slight anastomotic stenosis (arrow) of the PV probably due to tension at the anastomosis site.|@|~(^,^)~|@|Intraoperative photographs for portal vein (PV) interposition graft in a pediatric patient with congenital absence of the PV. (A) The confluence portion of the superior mesenteric vein-splenic vein is meticulously dissected. (B) The vein branches at the confluence portion are securely clamped and a longitudinal incision is made at the confluence portion. (C–E) A cold-stored fresh iliac vein conduit is anastomosed to the confluence portion in an end-to-side fashion. (F, G) The PV conduit is anastomosed with the graft PV. (H) The PV conduit is expanded after portal reperfusion.|@|~(^,^)~|@|Wedged-patch venoplasty of the waisted left portal vein of a left liver graft. (A) Computed tomography of the donor liver shows a waist at the first-order left portal vein (PV) (arrow). (B, C) The ventral wall of the graft PV is longitudinally incised and a vein patch is attached. (D) The diameter of the graft PV is markedly enlarged. (E) The interposed patch (arrow) is visible at the PV anastomosis. (F) Computed tomography taken at 2 weeks after transplantation shows that the reconstructed PV appears (arrow) smoothly streamlined without stenosis.|@|~(^,^)~|@|Spiral winding suture to make a sizable conduit using a greater saphenous vein homograft patch.
Ann Liver Transplant 2021;1:71~78 https://doi.org/10.52604/alt.21.0007
© Ann Liver Transplant
Copyright © The Korean Liver Transplantation Society. / Powered by INFOrang Co., Ltd